Starting in 1992, and now celebrating 25 years full of success in 2017, the team at JustEvents! Group wanted to send their guests back in time and be able to appreciate where they had come from.

When approached about being a sponsor for their anniversary party, all of our Fyerfly hands shot in the air immediately! Our staff wanted to make sure the design on this event was cutting edge and totally “2017”…

As guests awaited in the foyer for the event to begin, Doc Brown made his appearance and handed out everyone’s time traveling devices (Fyerfly Bands). This way, all guests could be escorted BACK to the beginning where our friends from JustEvents! had first started. Our team began to fill the entrance room with Dry Ice fog, simulating a mysterious back to the future entry way… and after a brief explanation from Doc Brown, a short countdown, and a final FLASH back to the future… Our guests had arrived!

Accompanied with many different decor and entertainment options, a load of lights, special effects, and cool cars… 2017 is looking better and brighter than ever before, for the JustEvents! crew.

Our entertainment team provided a VJ/DJ+Drummer combo for the actual party atmosphere. Lighting and Effects included some of the fun stuff from the industry…incorporating Confetti blasts, Co2 spray guns, Sound reactive and remote controlled LED Bracelets called “FyerFly Bands”, Custom Texture lighting for the back wall, Monograms for the company logos, uplighting for base lighting design, and finally some pin-spotting for the little details.

With all that said, we could not be more excited for the JustEvents! family as they are celebrating 25 years in the Event Industry. They are a solid team of professionals that are some of the best in the nation at what they do. We take our caps off to you all, and wish you another 25 successful years in business.

Cheers from your friends at FyerFly! 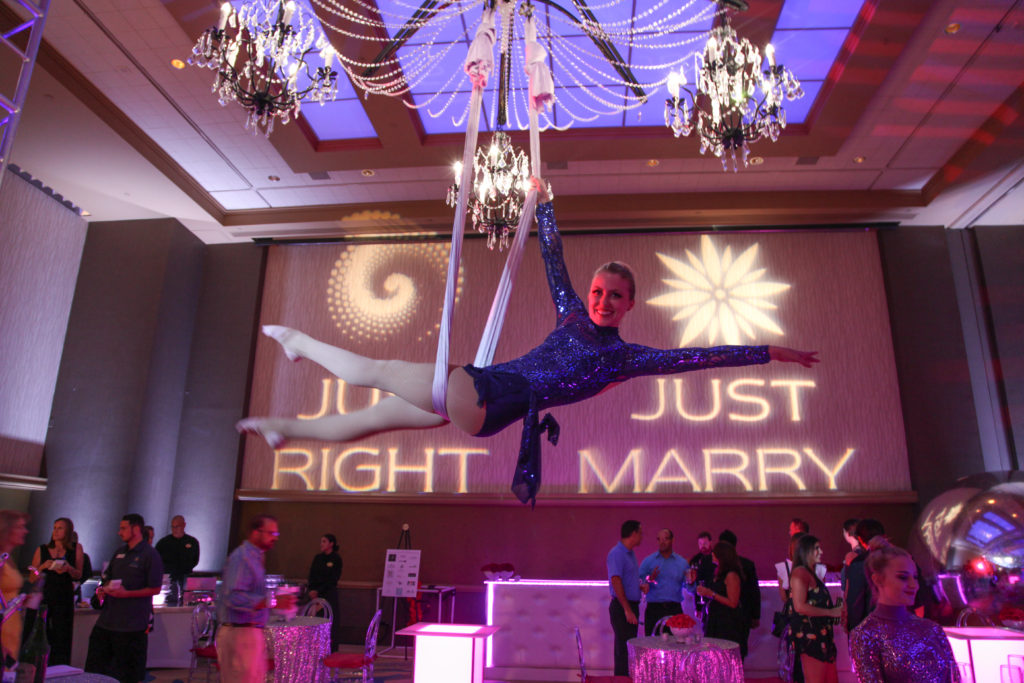 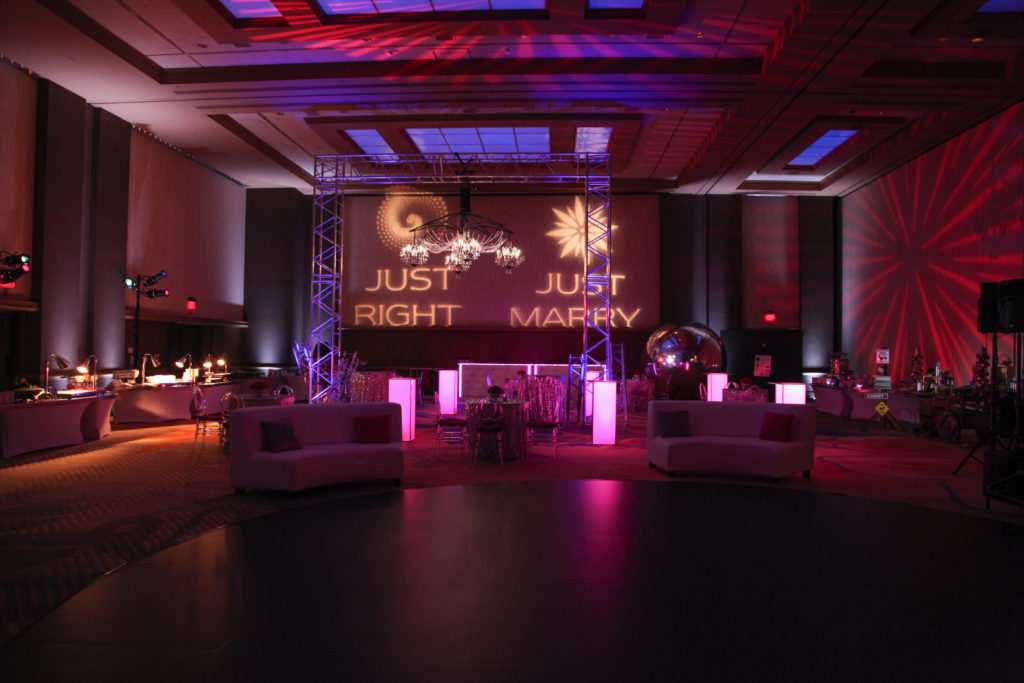 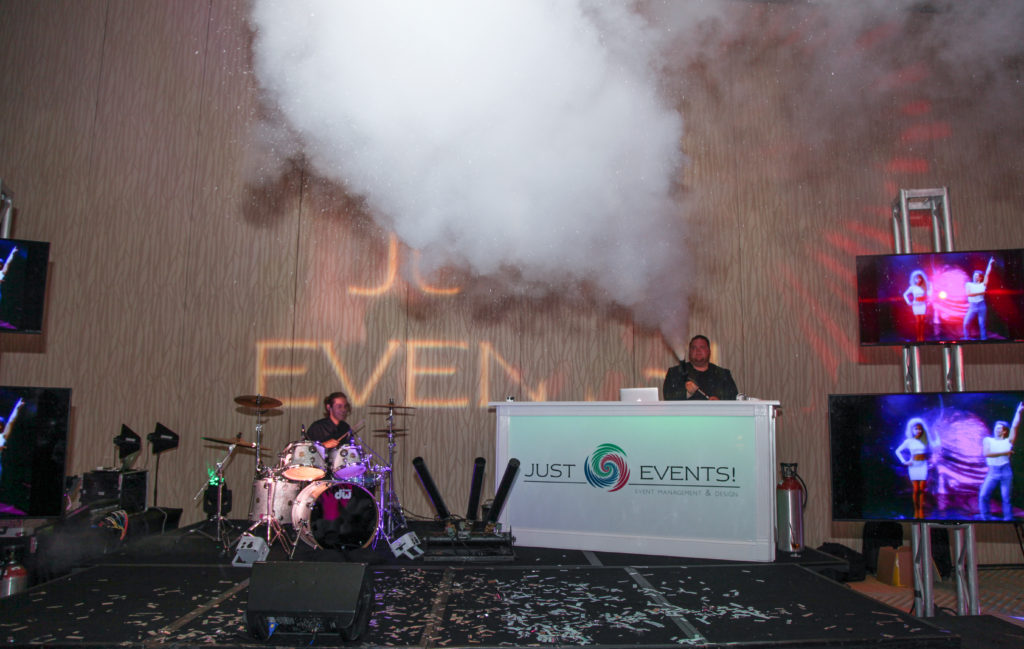 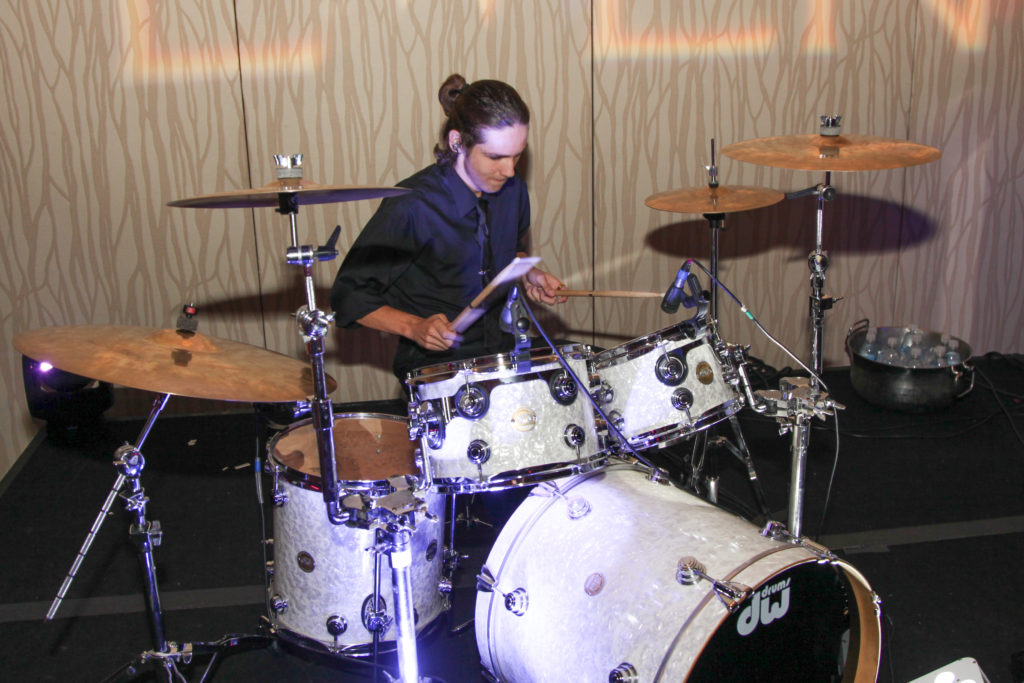